In 2003, Historical Society member Thomas Crognale, while on a vacation trip in Massachusetts, visited the Tremont Nail Company a working nail mill manufacturing plant. In 1819, the plant was owned by Isaac and Jared Pratt. These men owned the Harrisburg Nail Works from 1842 to 1859. The Harrisburg Nail Works was located along the Conodoguinet Creek in West Fairview and was in production from 1830 to the late l890’s. 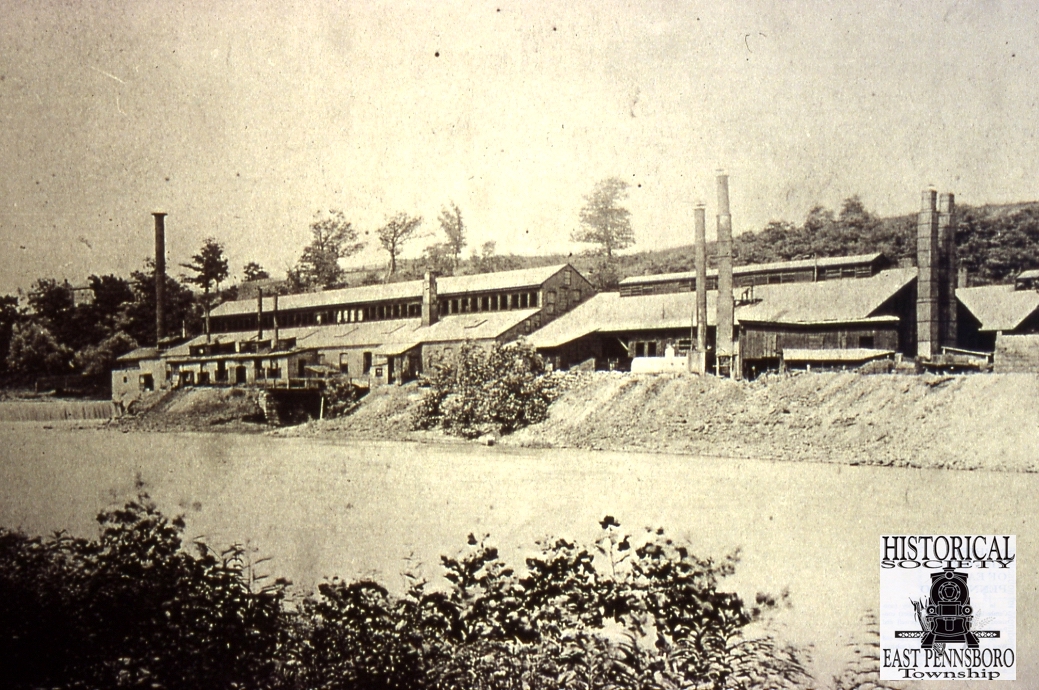 Tremont Nail Company offered to give the Historical Society of East Pennsboro a working nail machine, similar to those used in the West Fairview mill. It was the intention of the Society to put the machine on display. The shipping charges were paid for by a generous donation by member Reginald (Hotty) Shearer. The machine arrived in October 2004.

In February 2007 a grant was given to the Historical Society of East Pennsboro by State Senator Pat Vance and subsequently matched by a grant from Representative Glen R. Grell. 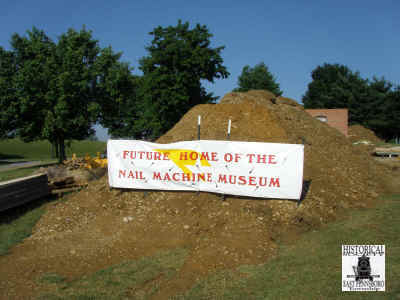 Several ideas came forth on where and how to best display the machine. Board member Steven Franchack put forth the idea, “Why not build and display the unit in a replica of the old mill?” Tom Crognale then drew up plans for a small museum. Historical Society member and artist Austin Willi created a pen and ink drawing of the building and the project was off and running.

The Historical Society of East Pennsboro will open the Museum by appointment only at 717-732-5801.